‘We Are Forgotten’: Grocery Workers Hope for Higher Pay and Vaccinations 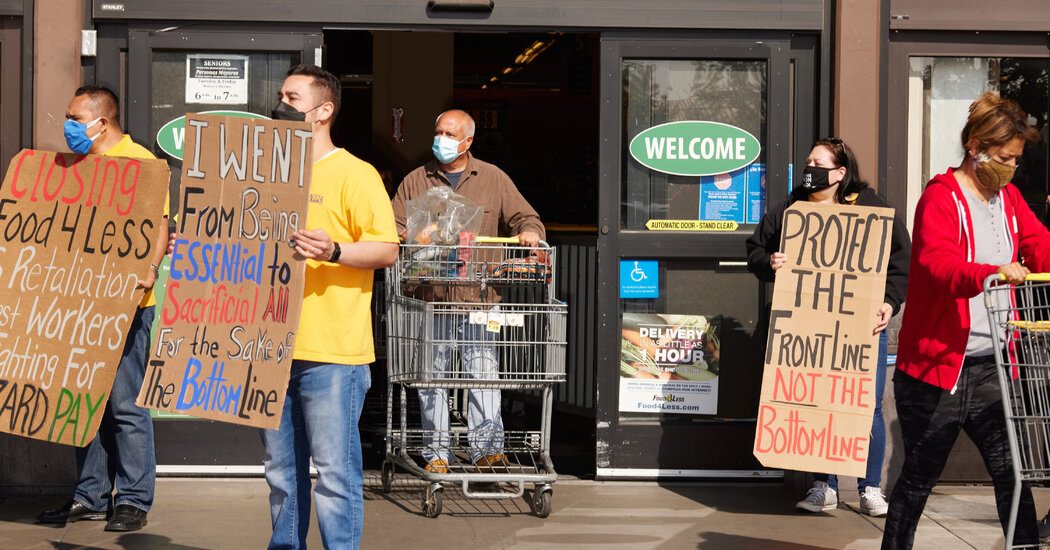 HAC, the Oklahoma company that owns Cash Saver and Homeland, is employee-owned. Its chief executive, Marc Jones, said the initial hero pay last year was “a reflection of the surge of people in our stores, and when that surge died down it seemed like the appropriate time to end it.” It was a huge expense for the company, he said, which has about 80 stores and 3,400 employees, and competes with Walmart.

Even with a better year than usual, groceries are a “peculiarly low-profit” business, Mr. Jones said. Until March, he said, “it was a big question of whether the local grocery store would even survive and if everybody was going to go online.”

Ms. Sockwell said she was more concerned about the vaccine delay for grocery workers, particularly given that her colleagues tended to work every hour they could, at minimum wage.

“Most of my employees up front, they barely have high school diplomas,” said Ms. Sockwell, whose local unit of the U.F.C.W. has been trying to get Oklahoma officials to get grocery staff on the priority list for vaccinations. “They want to do anything they can to keep food and electricity on at their home.”

She added, “We are menial labor people that don’t require bachelor’s and master’s degrees, but we’re still people.”

At least 13 states have made some grocery store workers eligible for the Covid-19 vaccine in at least some counties. They are Alabama, Arizona, California, Delaware, Illinois, Kansas, Kentucky, Maryland, Nebraska, New York, Pennsylvania, Virginia and Wyoming.

Sorry, the comment form is closed at this time.

Check on our markets